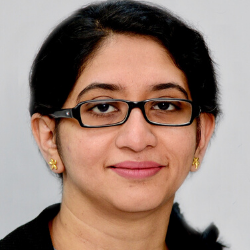 Dr. Parampil is the Scientific Integration Officer of ICOS ERIC since August 2020. Prior to joining ICOS, she worked at the Finnish Meteorological Institute (FMI) investigating sources and sinks of CO2 over oceans from NASA’s OCO-2 satellite. She obtained her PhD from the Indian Institute of Science, for examining the ‘Subseasonal variability of heat and freshwater fluxes over the Indian Ocean’. Her expertise is in air-sea fluxes and use of in-situ measurements for the calibration and validation of satellite data. She has also worked as a post-doctoral researcher at Uppsala University (Sweden) where she was involved in estimating CO2 fluxes for the Baltic Sea using satellite and in situ data.